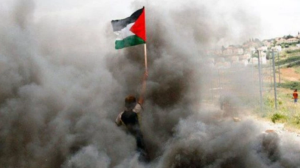 A US Senate committee just approved a bill that would cut off $300 million in annual US aid to the Palestinian Authority (PA) unless it stops paying stipends–which according to Reuters news service can reach US $3,500 a month–to families of Palestinians killed by Israeli forces. This might fall into the category of fake news if not outright sarcasm. It’s a political stunt, not a serious proposal.

The PA receives US aid to administer the Oslo Accords as an adjunct to the occupation, for expropriating Palestinians & enforcing the Accords with Palestinian security forces. Those funds will not be cut until that colonial mission is accomplished. You can bet your bottom dollar that PA officials, led by Mahmoud Abbas, are stealing from those funds for personal enrichment. As window dressing, there may be some humanitarian aid for hospitals to treat Palestinians injured by Israeli occupation forces but you’d have to be an idiot to think the PA actually dishes out $3,500 a month to victims of Israeli violence (unless they have a family member within the PA). That’s over three times the average US Social Security check. Who’s kidding who?

It’s wouldn’t be a bad thing at all for Palestinian self-determination if the US severed its payoffs to the PA but it isn’t going to do that. Rest assured. Palestinian liberation will be won by Intifada & massive international solidarity, including BDS, not by compromises, deals, & betrayals.