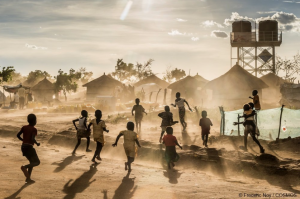 Today is UN-sponsored International Refugee Day. According to MSF Sea: “In 2017 more than 65,600,000 #people are displaced worldwide. Just 77,018 have arrived in #Europe. Where is the real #refugee crisis?”

Until solidarity with refugees resolves those multiple crises, every day is Refugee Day. It is not just a ceremonial event but a red alert for action.