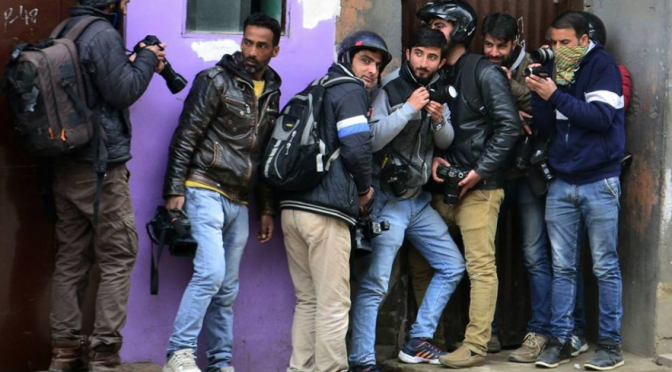 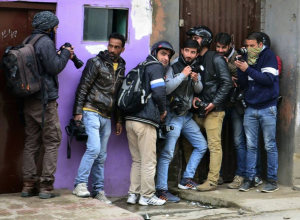 We should take a moment to honor Kashmiri photojournalists who risk their own lives to report on the occupation. Without their presence on social media, we would not know the scope of violence & grief Kashmiris endure. Media would still only be doing flower gardens, snow-covered trees, fishermen on Dal Lake but now are compelled to publish at least some photos of the brutal occupation.

This photo from Basit Zargar was captioned: “Saving our skin from teargas shells, stones & rubber bullets during clashes between government forces & Kashmiri protesters in the old city of Srinagar.”