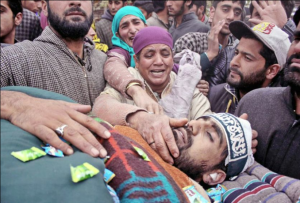 About the same time that I posted a tribute to Ashiq Ahmad Bhat, my Facebook friend Ahmad Shabir posted a tribute to 25-year-old Toib Majeed Mir who was killed by Indian occupying forces in the same gruesome incident as Ashiq. One doesn’t have to agree with armed militancy to recognize the courageous spirits of these young men in the face of monstrous brutalities & criminalities by the Indian army. Thousands of Kashmiris attended the funeral prayers of both men to honor them. This is a quite moving eulogy for young Toib in Kashmir Reader; http://kashmirreader.com/…/…/sopore-mourns-over-toibs-death/.

There was also a tribute posted to Twitter for Muzamil Ahmad, an engineering student killed by Indian occupying forces, but there is not yet biographical information about him although thousands also attended his funeral prayers at Badroo Yaripora in the Kulgam district. 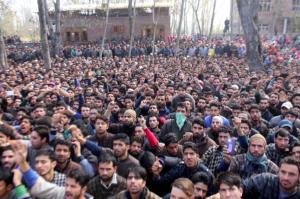