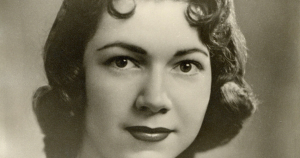 An 84-year-old ex-Catholic priest named John Feit went on trial this week for the 1960 rape, beating, & strangulation of 25-year-old Irene Garza in McAllen, Texas. He dumped her body like rubbish in a canal. She had apparently encountered him in the confessional of a local church. He was always considered the primary suspect but her murder became a cold case, most likely because in 1960 prosecuting a priest would have seemed unthinkable. Fifty-seven years for her to get justice.

Most media headlines report that Irene was once a beauty queen–as if that had any bearing on the case. She was a daughter, a cousin, a niece, a friend, & a second-grade school teacher.

I’m not a crime reporter but such horrific crimes against women are haunting & when they receive justice it is a victory for all women. May our sister Irene Rest In Peace.