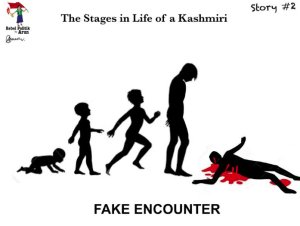 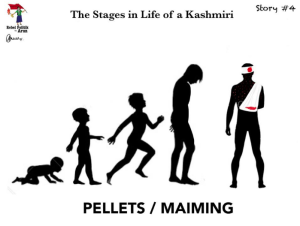 This extraordinary political cartoon, more wrenching than sardonic, by V Arun Kumar is from his FB wall called Rebel Politik by Arun. I asked V Arun if I could identify him as an Indian cartoonist so others would see how profound solidarity with Kashmir is among human rights activists in India. He said yes but that his identity was as a global citizen.

Those with such political & social vision, who stand with Kashmir & the oppressed in India & around the world are the very antithesis of small-minded nationalists who let borders established by British colonialism or by any tyranny constrain their understanding & humanity. The future of the human race rests with people of such depth of humanity & breadth of vision & not with two-bit nationalists like Narendra Modi, Ram Madhav, Trump, or Clinton.

The work titled “The Stages in Life of a Kashmiri” is a montage of five cartoons.