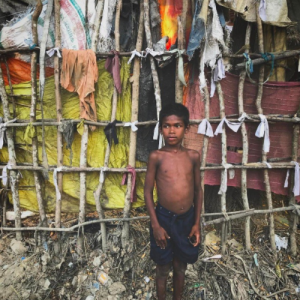 “A typical Rohingya refugee home in Bangladesh. The PM, Sheikh Hasina, yesterday described the conditions as “inhuman.” What she omitted to say is that successive governments, including her own, have ensured that conditions remain dire.”

–Tweeted by Shafiur Rahman on May 10th

We can never confuse the squalor imposed on refugees with the dignity they command. Out of this, there is not just demoralization at being abandoned by humanity but the strengthening of resistance to ethnic cleansing.

Rohingya activists are organizing education in the camps, religious instruction, protest rallies, & are using social media to educate about who they are & what they demand.