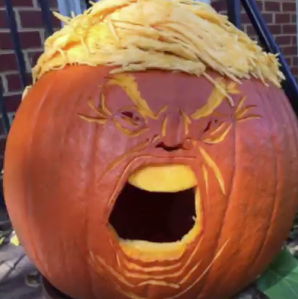 They’re zoning in on Trump with every intention to eventually get him out of the White House. They don’t need him anymore since he got the tax bill for corporations & millionaires but he’s screwing up every other thing they wanted from him & discrediting every agency of the US government. There’s no dignity left in DC & the US needs that to throw its weight around. The sucker had to cancel his state visit to England because of popular opposition. But the way they’re executing the ouster of Trump is unsavory & pollutes political discourse, making everything about his boundless amorality & not about the US electoral system that gave him an election he lost. Russiagate wasn’t the main problem in the election. It was the entirely undemocratic & stage-managed US electoral system that handed him an office he was obviously unfit to hold–& I’m not one to hold the US presidency in high regard nor did I see Clinton’s realpolitik as an alternative.

If media can’t keep their noses out of sordid gossip as part of discrediting his ugly ass, we should at least keep our attention on issues of substance. For heaven’s sakes, put that damn book away & stop the salacious gossip about his sexual habits. The Wall Street Journal doesn’t render it any more dignity than The National Inquirer would. If that’s all you can talk about instead of refugee rights, the Muslim ban, the several US wars, US support for Israeli apartheid, its alliance with Indian militarism, its de facto support for the Rohingya genocide & for Duterte’s death squads, maybe you’re not as political as you think. You certainly aren’t very useful to understanding what the hell is going on.