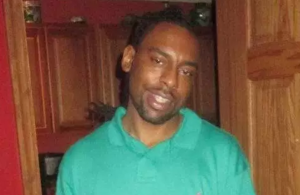 I know I’m not the only one reeling at the verdict in the Philando Castile case. On July 26th last year, an officer stopped Castile for a routine traffic stop in a suburb of St. Paul, Minnesota & ended up fatally shooting him. Castile was driving with his girlfriend Diamond Reynolds & her 4-year-old daughter. Reynolds live streamed the entire incident on FB so the prosecution had the officer dead to rights.

That is a section of St. Paul where many of my Black family members live & one of my cousins suggested that her husband & kids should put enlarged copies of their drivers license & registration in the windshield in case they’re ever pulled over.

There were reportedly people in St. Paul at the state capital & closing down a highway chanting #BlackLivesMatter. The police department fired the officer right after the verdict because they don’t believe in his innocence any more than we do.