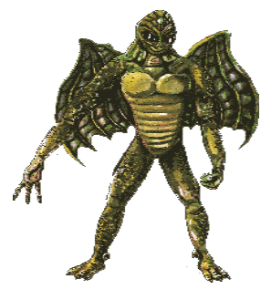 For those who prefer ignorance & propaganda to being tainted by reading mainstream media:

Those are the same people who claim the international political & corporate elite are blood-drinking, flesh-eating, shape-shifting extraterrestrial reptilian humanoids who want to enslave the human race. They also believe in the lizard Illuminati crap, a crackpot & profoundly anti-Semitic theory that Jewish bankers run the world, which is essentially what Hitler claimed to justify the Jewish holocaust.

The influence of libertarian-think is evident in the Assadist propaganda of Eva Bartlett & Vanessa Beeley. How far is it from “blood-drinking, flesh-eating reptilian humanoids” to “throat-cutting, organ-eating jihadist scum?”

It has long been an issue in Palestinian solidarity that new activists promote the Illuminati-Rothschild bankers run the world rubbish. This has been refuted & excoriated over & over again because Palestinian self-determination has no affinities with the hatred of Jews. But judging from the number of Palestinian supporters who use the libertarian blog Global Research as their go-to source & who support Assad, this rancid ideology still has hold on some activists who dare to discredit the Palestinian struggle. They are absolutely clueless about the actual collaborative relationship between Israel, Russia, & Assad because to them, ignorance & propaganda are preferable to being tainted by “Zionist-controlled media.”

Photo is Draco the Reptilian Alien who according to David Icke is part of the Lizard Illuminati. Doesn’t he look just like one of those “throat-cutting, organ-eating jihadist terrorists” fighting Assad?