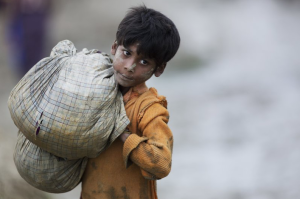 It appalled me to learn that one of my articles about Burma was posted in Global Research after being published by Countercurrents in May 2016. Global Research editors must have been unaware of my many posts excoriating them since they turned on the Syrian revolution against Assad in 2011, began portraying the Arab Spring uprisings as orchestrated by Mossad & the CIA, & became openly anti-Semitic & associated with that extraterrestrial reptilian Jewish bankers crap.

Now they’re openly, unabashedly fascist on several political issues, especially Syria, & are publishing articles on Burma by the Irish fascist Gearóid Ó Colmáin who is as deranged as he is dishonest & reactionary. He comes highly recommended by Vanessa Beeley, the Leni Riefenstahl of the Assad regime. Hopefully, this will be beyond the pale for those taken in on Syria & they will begin to understand that the libertarianism of Global Research is the theoretics of fascism & that its views supporting genocide in Burma are of a piece, not an aberration, with all of its politics.

The truth of the fascist Burmese junta & their genocide of the Rohingya people is beyond dispute. It won’t be as easy for Assad supporters to dissemble reality as they have so effectively in Syria–partially because anti-Assad forces are politically weak with many confused by the counter-revolutionary role played by the US. It may be hoping against hope, but it’s possible that some who succumbed to Islamophobia & anti-Semitism in Syria will begin to rethink their political course & turn away from their fascist allies & the politics of hate. As confused as they are, it is certain that is not where many thought they were headed when they began spouting that regime-change rubbish about Syria.

According to estimates, of the now 500,000 Rohingya refugees fleeing death squads, at least 60-percent are children, many coming alone or with siblings after losing their families to genocide. This young boy is among them. The genocide is not about ARSA; it is about kids like him. Either you stand with the refugees or you stand with the fascist junta. There is no middle way.