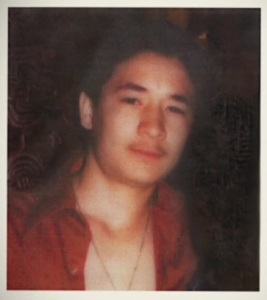 There was a documentary on TV about the case of Ruben Cantu, a 17-year-old Texan arrested in 1984 & executed in 1993 for a murder he did not commit & for which there wasn’t a shred of evidence against him. it was a sustained frame-up at every level of the judicial system involving the San Antonio police, an ignorant & arrogant prosecuting attorney named Sam Milsap, & later a vicious district attorney named Susan Reed.

Cantu came from a rough neighborhood but had no prior convictions for any crime. Nevertheless, the San Antonio prosecutor vilified him as a violent thief, gang member & murderer. That was at the time when, as part of the so-called War on Drugs, alarmism about Black & Latino narco-terrorist youth gangs was being whipped to a fever pitch & used to justify martial law in the Black & Latino communities. This frame-up appears to be based in revenge by an off-duty policeman who had an altercation with Cantu but the racism & alarmism made the lack of evidence irrelevant. A 26-year-old man was put to death for a crime he did not commit & the real murderer walked free.

In 2005, Lise Olsen, an investigative reporter for the Houston Chronicle, reexamined evidence in the case. In the process, she interviewed Sam Milsap, the district attorney who originally prosecuted Cantu & an ardent supporter of the death penalty. Milsap once said Texans are hard-wired, even programmed to love the death penalty as essential to criminal justice: “We love a good execution.” Milsap had retired into private practice before DNA evidence became a staple of forensics & the several studies showing rampant misconduct in prosecutions sending many innocent people to death row. He made a public statement in 2000 expressing his misgivings about the death penalty & when shown the evidence dug up by Lise Olsen in the Ruben Cantu case, he reversed his views & became an outspoken opponent. That didn’t help Ruben Cantu.

It probably isn’t true that Texans “love a good execution” so much as the power structure of the state is rooted in the mindset of the Confederacy. But Texas does have the highest execution rate of any other US state: 543 executions since 1976. That’s over 13 executions every year. Of the current number of 247 prisoners on death row in Texas, 182 are Black, Latino, or Asian. It is not an overstatement to say racism is the heart of the death penalty. The death penalty remains a major political issue in the state of Texas. As is overcoming the legacy of the Confederacy.

(Photo is Ruben Cantu. May he Rest In Peace.)