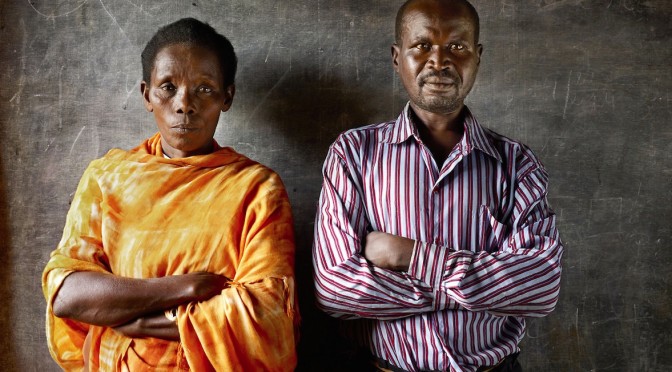 It’s the 20th anniversary of the Rwandan genocide where one million people died horrific deaths. The commemorations of that event necessitate a serious study to understand what happened & why. All the commemorations share the common repugnance of treating it as inexplicable, having to do with religious & tribal differences, & a primally savage African character–a convenient & racist mystification & ruse to mask the colonial politics & forces implicated in this massive crime.

In attempts to study Rwanda & the genocide, I visited two libraries in the area & found six books, five in the juvenile section & one in the adult section. Putting aside the baby talk of the juvenile books, I was interested to read a scholar from Harvard explain that the book, wheel, & hoe were brought to Africa by white slave traders in the 17th to 19th centuries. I’m still scratching my head wondering how that one lone book in the adult section made it out of juvenile detainment since it is nearly as imbecilic & just as dishonest. The two authors of the adult book have missed their calling in fairy tales. This situation is worth ridicule but it is also deplorable since this is where US kids are schooled in racist idiocy & ignorance that serves war & colonialism so well.

Public education in the US is a travesty–& intentionally so–but I’ve always thought libraries (which are usually jam-packed with patrons in any city I’ve lived in) could help counter the weaknesses of schools. This is National Library Week & I would love to report that is so–but that judgement must be modified. I registered suitable complaints with the head librarians.

Many of you well-schooled foreign observers think you’re so damn smart compared to us but we just need a little remedial assistance–like some decent books &, it should be added, the education one only gets on social media from having foreign pen pals.

This photo is part of a project called “Portraits of Reconciliation” by Pieter Hugo, a South African photographer who paired a Hutu perpetrator with a Tutsi survivor. He was commissioned by the Association Modeste et Innocent which counseled the participants & ended the project with formal requests by Hutus for forgiveness from their paired Tutsi victim. So touching & so dishonest! Colonialism gets to walk away scot free.