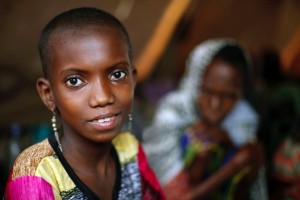 US wars in the Middle East have forced us to confront our ignorance about Arabs, Islam, & other peoples & religions of the region. US education doesn’t give an honest account of our own past (Blacks, Latinos, & Native Americans are written right out of it)–much less that of the Middle East, Asia, & Africa or even the rest of the Americas–because our entire education is Eurocentric & based in white supremacy.

It was through snooping around art museums that I learned history & learning did not begin with the Greeks. There were entire worlds exhibited which we were never told about–gallery after gallery of art & artifacts from civilizations we never knew existed. White supremacy is expressed in the way art is displayed but this cannot hide the monumental achievements of other peoples stolen & stuffed in museums by colonizers.

There’s been a lot of debate in academic circles about how to look at cultures in the Middle East, Asia, & Africa. The debates are useful in pointing out complexities of racism & colonialism & they shouldn’t be trivialized. But when all is said & done, we’re all the same human species & have more in common than not–including our social failings.

I recently decided to look at pogroms against Muslims in several countries to try to understand what’s going on. This is where one confronts not only the inadequacies of education but the problems of scholarship, which is often marinated in white supremacy. There are current or recent pogroms against Muslims in Burma, Mali, Central African Republic, India, Kashmir, Indonesia, the Philippines, China, Cambodia, Sri Lanka, & several other places. These are pogroms using extreme violence including genocide & don’t include the Islamophobic campaigns in Europe & the US. In just several hours of research, I learned that pogroms against Muslims number in the thousands going back a few centuries.

This cursory knowledge evokes so many questions: is there a relationship between persecution of Muslims & the development of Islamic fundamentalism? How did the sharp conflicts between Sunni & Shi’ite develop? What are those conflicts all about? How much of this is religious, cultural, political, economic, or rooted in class conflict? How is this all related to US meddling in the region–especially meddling of the covert kind? How is this all related to European & US colonialism? And to US wars?

No one wants to be glib & few can possibly study these pogroms in every very different country. But the US wars now make it quite clear that the way we’ve been taught to see the world is dead wrong, proving to be our undoing, & criminally dangerous to a good section of the human race. We don’t have to know a damn thing to stand for religious freedom, to oppose every persecution whatever it is based on. But there are news blackouts about these pogroms precisely so we cannot render political solidarity. And that’s where social media comes in. FB is proving to be an international university par excellence, using the Socratic method; it’s a place we can meet to inform each other & learn to respect each other. And that kind of entente is not something colonialism can thrive on.

Photo is 10-year-old Hamamatou Harouna, a Muslim refugee in Central African Republic who lost use of her legs to polio. She fled her village carried on the back of her 12-year-old brother, Souleymane. They spent ten days alone in the forest until they found refuge in a Catholic church in another town.