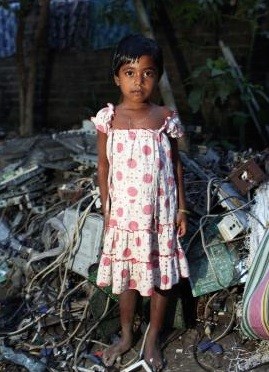 When you examine the history of racism you realize what a historical oddity it is & how grotesque. It didn’t always exist but was invented to justify the Atlantic slave trade since by then slavery was long discredited. Slavery emerged in the ancient world as a way of handling prisoners of war. It wasn’t a humane institution but it was never based on the superiority of skin color. They’ve traced the ideology of racism/white supremacy back to the German universities where it was first elaborated. It must have seemed nuts at first. But now that white supremacy is ensconced as a controlling paradigm of class society, it’s taken on a gestalt where people think this crap is part of human nature, that it’s always existed, that it’s an immutable part of human society. That’s the very intention of the fabrication: to make us think opposing it is fighting a losing battle. And elite universities operating as ideology factories are always pumping out new versions of it, from social Darwinism to evolutionary psychology–more properly called evo psycho because since the Civil Rights Movement only psychos would peddle this stuff to the unwary.

White supremacy is one of the most pernicious but effective weapons of class rule & justifies barbarisms of all kinds. It’s chiefly used in war but new purposes are invented all the time & its malignancies have proven quite adaptive. Since neoliberal economic policies consider waste management a drain on profits they’ve handed it over to private companies. Also guided by the profit principle, they dump mountains of waste wherever they can, like on Native American reservations, next to slums, in the oceans, in countries with no environmental controls or where officials can be bribed or who are as corrupt as the US Congress & don’t need to be bribed.

Sustainable manufacturing also competes with profits so electrical appliances & electronic devices are given short life spans with prohibitive repair costs. Electronic waste is now estimated globally at 50 million tons yearly. Processing e-waste, which contains lead, mercury, cadmium, & arsenic, is expensive so private waste companies simply ship it out to places like Agbogbloshie, Ghana (a suburb of Accra & the world’s largest e-dump) where millions of tons of e-waste are processed every year. It is broken down by hand by uninformed & unprotected workers, including children. The processing emits toxic chemicals into the air, land, & water, & exposes workers to toxins known to harm the reproductive system, the nervous system & the brain. All for US $3 to $4 a day. Does it get more cynical & debased than that!?

The Basel Convention of 1992 is an international agreement preventing plundering countries from dumping hazardous waste in the plundered, poorer nations. The US has never ratified the convention because it has no intention of being restrained. Many countries, like the UK & Japan, have ratified it but continue to illegally dump e-waste. International law is reduced to busy work with the redeemable value of toilet paper.

India is another main destination for e-waste. But unlike Ghana, India is a very rich country though it has massive levels of poverty. No one can understand how the economic wealth of a country is determined according to capitalist economists but a simple-minded way is perhaps the most telling: as of 2012, India had 158,000 millionaires (according to Credit Suisse which projects that will increase to 242,000 by 2017) & 61 billionaires (per Forbes magazine). India is estimated to have 237,000 of the richest people in the world (per Credit Suisse). So it’s rich all right; it’s just that they have too many big-time thieves.

It doesn’t report where those thieves have made their fortunes but it’s safe to assume it has been at the expense of the environment, human health, immigrants, & the poor. Some of those guys are making a bundle off the poor picking through toxic materials for recyclables.

India has combative workers; it also has an active environmental movement. They may not present a political challenge to the predictions of Credit Suisse any time soon but just as Rome wasn’t built in a day, so also is social transformation not a quick walk in the park. But it’s coming.

This photo is a small girl in Sangrampur, a small town in Maharashtra state, India, where residents process e-waste. Notice she is standing barefoot in piles of toxic e-waste & exposed to lead, mercury, & other toxic chemicals. May the robber barons who endanger her health be damned to hell!