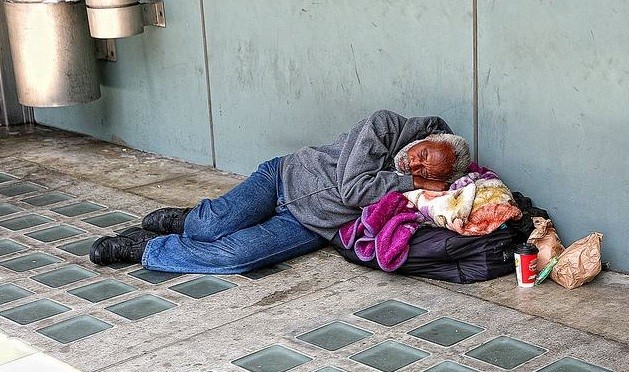 The more you know about the world, the more you realize the global predators with manicured nails & swanky clothes collaborate with each other on everything from immigration policy to housing policy–& collaborate in ways working people haven’t yet learned to do. In Manila & Rio de Janeiro & Dakar, in the interests of gentrification, they’re forcibly evicting people from tenements, sometimes offering them chump change to just disappear, & refusing to build affordable housing for increasing numbers of impoverished residents. This explains the astronomical growth in homelessness.

And here we are in Los Angeles, the capital of glitz & glamor, the center of the movie industry with its diamond-specked red carpets, & countless millionaires & billionaires who make their fortunes producing American mythology & fostering white supremacy. The city of LA is on a gentrification spree with federal monies pouring into the area for redevelopment–which does not include a massive affordable housing program. Thousands of people, including children, elderly, & disabled, are not only homeless but forced to live in their cars, or become squatters in garages & abandoned, dilapidated office buildings, warehouses & manufactories. Many of these properties are firetraps filled with mold & lacking sanitation. Many residents actually pay rents upwards of $600 a month to live in these hellholes. So much for the “richest country in the world!”

LA County has an estimated 376,000 families (likely a lowball figure) earning less than $25,000 a year for a family of four in a city where the average rent for a one-bedroom apartment is $1,500 to $1,700 a month. $25,000 a year won’t get you an affordable broom closet. Poverty in the US is considered a relative thing since the World Bank considers $1.25 a day per person the poverty line in most of the world. That adds up to about $470 bucks a year or $1,880 for a family of four. World Bank officials likely consider the poor in LA to be living high on the hog–& the poor in general to be living far too long.

That’s probably why federal monies for redevelopment are zoned around areas of greatest poverty like South LA & directed instead to upscale areas like Hollywood. This gives homelessness & poverty its distinctive ethnic colorations.There’s an international think tank somewhere coming up with these schemes to impoverish most of us & enrich the few & the only way they will be stopped is working people collaborating, from Manila to Rio to Dakar to LA. That “workers of the world” thing has become an iron law of survival in the barbaric phase of capitalism. Our demand must be an outraged chorus of “Housing is a human right!”–& we will accept nothing less.

(Photo from it.paperblog.com; photographer not identified)