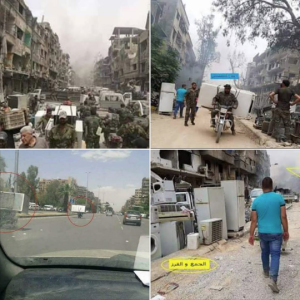 (Photos from Mazen Hassoun on Twitter; Hassoun is a Syrian journalist)