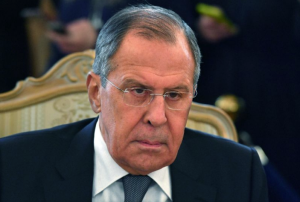 Russian Foreign Minister Sergei Lavrov announced today that the Kremlin has “irrefutable evidence” the chemical weapons attack on civilians in Douma was a false flag staged event & “that the secret services of a certain state that is now at the forefront of a Russophobic campaign was involved in this staged event.” So are 9/11 truthers, Assad propagandists, & deranged elements of the antiwar movement writing script for Russian propaganda now? In the old days when Stalinism was rotten but not such an integral part of fascism, it was the other way around. The Kremlin spoke & Stalinists repeated like ventriloquist dummies. Ah Russiagate: thou hast handed scoundrels a million new ways to alibi & justify war crimes.