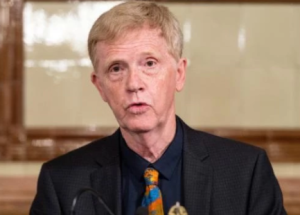 The fact that Peter Ford is the former British ambassador to Syria & Bahrain would signal to most intelligent observers that he isn’t a particularly credible commentator. But Assadists have been dragging his pasty, bony ass all over media to deny that Assad gassed civilians or could possibly be guilty of any human rights crimes. (As an aside, he’s so pasty & zombie-like he may well be inspiration for David Icke’s theory that political leaders are extraterrestrial reptiles–at least before they became political allies on Syria.)

Ford is a guy whose political allegiances are as commercial (that is, for sale) as his way with words is regrettable. One wonders whether he got his diplomatic posts through aristocratic connections rather than his diplomatic skills after he compared British intervention to “a dog returning to its own vomit.” Hard to recall a single committed antiwar activist who would express outrage at bombing & gassing civilians in quite that language. Genuine outrage uses another language & other metaphors drawn from international criminal codes, not bodily functions.

Now it’s reported that our man-for-sale Ford was named director of the British Syrian Society on February 28th, just weeks before the Syrian gas attack on civilians at Khan Sheikhoun on April 4th. The British Syrian Society was founded in 2003 by Fawaz Akhras, the London-based father-in-law of Bashar Assad the dictator. Akhras reportedly plays an active role in advising Assad how to crush the revolution & has done so since it erupted in 2011.

The British Syrian Society became well-known in 2016 when it invited Rania Khalek to speak at a conference in Damascus. The furor about her speaking at a regime-sponsored event is the hallmark event which discredited Khalek as a journalist & signaled her degeneration into an abject, sniveling apologist for Assad.

She did not speak at the conference because of the furor but instead of leaving bad enough alone, she took a road trip to Aleppo (then under siege) embedded with Bartlett & Beeley up the ass of the Syrian army. On the return trip, she tweeted an accusation that Assad agents poisoned her food which has permanently severed her possibilities of getting on his payroll & damaged collegial relations with Bartlett & Beeley.

The words of Shakespeare come to mind: “Oh what a hell of a mess we make when we try to pull a fast one in the era of social media.”