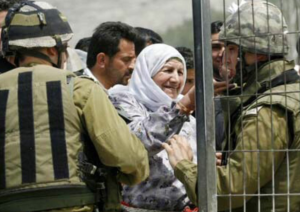 You know those sophisticated, secular feminists who think US bombers will liberate Muslim women from the veil & bring those patriarchal Muslim men to their knees? The worst of them should be told to shove it where the sun don’t shine; those who racism has not corrupted beyond redemption should be told to look to the women of Palestine, Kashmir, & the Arab uprisings to see what modern, revolutionary feminism looks like.

(Photo of Palestinian woman taking on Israeli soldiers from Twitter)