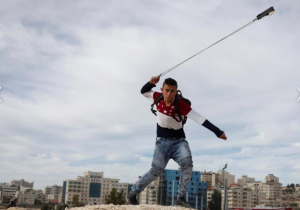 At a summit in Turkey, the Organization of Islamic Cooperation (OIC) declared East Jerusalem the capital of Palestine in response to Trump’s treachery. The assembled diplomats called on other countries to “recognize the State of Palestine & East Jerusalem as its occupied capital”–a proposal of course based on the two-state solution–a bantustate, not a nation-state solution, which at this point in time has proven beyond a shadow of a doubt to be a pipe dream. There isn’t a reason in the world why we should applaud this empty gesture on the part of the OIC. It’s grandstanding just as odious as their inaction over the Rohingya genocide. Many of the OIC members are big countries with big economies, big militaries, & the resources to provide substantial political & economic support to Palestinians. But they don’t. We’re not talking going to war with Israel but using resources to build a powerful international movement against Israeli colonialism, apartheid, settlements, ethnic cleansing. But that isn’t what the OIC does.

A look at the composition of the OIC explains its crappy politics which are not inspired by Islamic solidarity, regardless of the name. The OIC is a coalition of 57 countries, 56 of which belong to the UN, with large, not necessarily majority, Muslim populations. Some of the member states are under military siege–like Afghanistan, Libya, Yemen, Somalia. Palestine is occupied by a colonial power & is not a nation-state. Several OIC members are outright part of the problem: Egypt, Jordan, Saudi Arabia, Syria, Lebanon, Turkey. There isn’t one of the 57 members that could be called a bastion of freedom, which is why several regimes were subjects of the Arab Spring uprisings.

Every time some prominent individual like Pope Francis or organization like OIC offers a kernel of support for Palestinians–or the Rohingya or Kashmiris–we’re expected to respond with applause like a bunch of trained seals & talk about how things are improving, even if only in a discrete diplomatic way & at a snail’s pace. Palestinians would not still be facing the extremes of barbarism they have for 69 years if any of those 57 regimes were exercising the political power they possess on behalf of Palestinian solidarity. Stuff the incremental farce because it’s useless.

Palestinians like this young freedom fighter should not have to spend their lives fighting military occupation & for a free homeland. They could live free if the OIC used its power & money to build solidarity & apply maximum political pressure. Given the political character of the 57 regimes, that would be when pigs fly.

Stand with Palestinians in real solidarity. Protest Trump’s provocation & US treachery. Build the hell out of BDS.