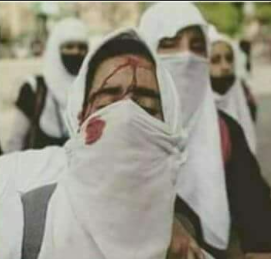 Several have objected to my post about the kidnapping, torture, & murder of the defenseless Indian army officer because they consider it equivocal about who committed this barbaric crime.

Kashmiris know much better than I do that this is most likely the act of agents provocateurs but I cannot make allegations based on suspicions. It is one thing for Kashmiris on the front lines of struggle to make such an accusation; it is quite another for me to do so from Texas, USA. That isn’t equivocation, a detestable quality in politics, but a refusal to claim what has not been proven & will not be proven since the Indian army will be doing the “investigation” into who did it, like a fox in charge of the chicken coup writ large.

Given that the Indian army will be doing the “investigation” by violently cracking down on Kashmiri youth, it is more important to condemn the crime & distance freedom fighters from it than to make unprovable allegations. If it was agents provocateurs, the Indian army is not going to reveal that & bring international condemnation down on the occupation.

Kashmiris have the right to fight against the occupation & for self-determination by any means necessary. But that does not include a barbaric, pointless act of revenge which Kashmiris in their overwhelming majority recoil from in horror & want no part of–not just because it was a cowardly, horrific crime against a defenseless person but because it is Kashmiri youth who will bear the brunt of India’s false revenge for an act most likely committed by Indian agents provocateurs.

Cowardice & barbaric torture are entirely the nature of oppressors, not freedom fighters. That is where Kashmiris stand & what makes their struggle so historic & monumental.