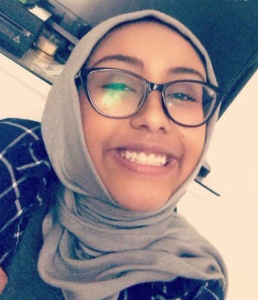 On Sunday morning in Sterling, Virginia, two men with baseball bats emerged from a car & began attacking a group of young Muslims walking to their mosque. The group fled for safety & when they reassembled saw 17-year-old Nabra was missing. Police later found Nabra’s body in a pond, beaten to death with a baseball bat.

A 22-year-old man was arrested & charged with murder & although two men were involved in the attack, police say they are not looking for the second suspect. Why?

Police officials assure us it was an incident of road rage & that they’ve “not gotten any indication that this was motivated by hate or bias.” Actually, there’s no evidence it was an incident of road rage. In today’s political environment, it is borderline derangement to claim an attack on a young woman wearing a hijab had nothing to do with Islamophobia. And of course it had everything to do with misogyny, a primary element in hating on Muslims.

The man arrested for her murder was an undocumented immigrant. Despite the hateful rhetoric of xenophobes & Trump, immigrants have a considerably lower felony crime rate than native citizens, according to several studies going back nearly 100 years. This guy, if it is proven in a court that he committed the crime, was a loser.

May Nabra Rest In Peace. May we not rest in peace until we stand down the rising tide of hating on Muslims & targeting them for violence.