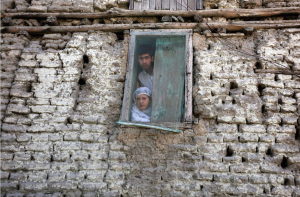 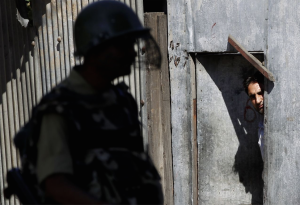 This might be a good time to question the purpose of photojournalism which apparently has become a disputed question–especially between photographers & editors. One would think it is to visually portray what is going on, which is what most photographers try to do. But pictures worth a thousand words meet editors beholden to the deceits of power. Some photos will never be published. Those that are get captioned in gibberish. Many that get published ignore war & occupation in place of human interest trivialities. Especially war photojournalism has become a travesty.

This is the 30th day of a brutal military siege in Kashmir. There have been not more than five or six photos in major, especially US & European, media in that time although photos come from other sources, likely cell phones.

These are two of three that appeared in Yahoo last Saturday. These might be interesting photos in an album about Kashmir but not during a violent period of pellet gun, tear gas, & live ammo attacks on protesters. These are editorial evasions to replace those that expose the occupation.

Editors must be grateful as all hell that the Olympics games started & they can inundate us with countless dull moments in sports to replace the countless photos of baseball players sliding into base. It all wears thin.

End the occupation. Self-determination for Kashmiris.

(Photo on top is on outskirts of Srinagar by Danish Ismail/Reuters; photo on bottom is paramilitary soldier enforcing the curfew in Srinagar by Mukhtar Khan)