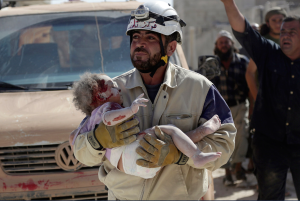 Before my life was affected by the suicide of a beloved brother, I held the ignorant belief that suicide was an act of aggression against survivors. Don’t know where I got that. Probably the same place we get all our ignorant beliefs. Out of thin air. Getting up close & personal with suicide taught me to not hold dear to notions about things I actually know nothing about.

But that was also brought home to me earlier, in the early 90s when I was researching an article on the media hysteria about ‘narco-terrorist’ youth gangs in the Black community. I was just finishing up the article after 6 months of research & wanted to make an assertion but could not recall the source. The temptation was to rely on memory but I consider that an intolerable bad habit so I had to go back to the library for hours searching out the source to verify the information.

It was in searching for that source that it became apparent how the demonizing of Black youth & the violence against them rested on flouting the Bill of Rights in the Black community. That seemed a really powerful, essential element to explaining the so-called War on Drugs which was really a war on Black youth. If I hadn’t been a stickler about not talking through my hat, I would never have understood that.

I’m not relating this to show what a scrupulous researcher I am or to suggest that at no time ever do I express ignorance or prejudice but because it may seem I am too hard on those who I call reluctant Assadists. They don’t agree with Assad’s gulags & carpet bombing of civilians but they think he’s the lesser evil over those “Wahhabi/Salafi head-chopping jihadi terrorists” & they don’t know anything about the popular revolution against Assad. Mostly, they tend to rely on elitist journals & writers that have gone full monty Assadist & promote this hateful rubbish.

You could ask what makes Scully think she knows more than hotshots like Tariq Ali, John Pilger, Noam Chomsky, Jonathan Cook, Robert Fisk, Patrick Cockburn, Counterpunch, et al. What the hell are her credentials? It is not because I am a more scrupulous researcher than they are. Though I certainly am in every way. It isn’t that I’m a political activist, engaged in struggle, & most of them have never been or haven’t been for decades. It isn’t that I know all about Syrian history & political culture. I don’t, though I know more than they do or at least acknowledge that I don’t know.

My point is not that you should believe me over those hotshots but that you should not hold fast to views you have not investigated. Be skeptical, agnostic, even wary until you have done your homework or if you haven’t time to do it.

Maybe my skeptical eye is because that Black ‘narco-terrorist’ gang thing was so deceptive & effective in justifying war against Black youth & resonates with that “Wahhabi/Salafi head-chopping jihadi terrorist” crap. (I’m not denying the existence of terrorist groups like ISIS but the depiction of the revolution against Assad as comprised of such politics.) Maybe it’s because feminists were ridiculed in the 1960s as man-hating lesbians & spinsters too ugly to get a man. Maybe it’s the decades of demonizing Palestinians as terrorists & years of justifying wars by vilifying Muslims.

Maybe you think it’s Assad, Duterte, Hussain, Gaddafi, Trump, who are being demonized. Maybe you think national sovereignty is more important than human & democratic rights. Maybe you think it’s all about regime change & revolution in Syria doesn’t exist. Maybe we don’t measure what’s important in the same way. Maybe that’s the problem & investigation really won’t change that because the sources we use won’t be the same. In that case, I leave you to the propagandists & haters.

Photo is White Helmet with injured child, Idlib in October 2015. This is how I see the Syrian revolution against Assad’s dictatorship. Maybe you look at this man & see one of those “jihadi” guys with a prop. That would make you a full monty Assadist, not a reluctant one.