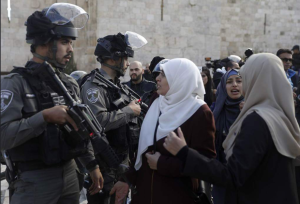 Just wondering: are these women standing unarmed & defiant against Israeli soldiers pointing assault weapons at them the same Muslim women the US claims need to be saved by bombing the hell out of several countries?