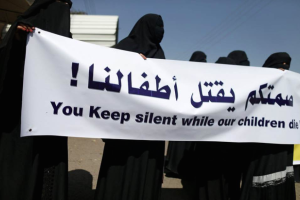 On International Women’s Day 2017, we join in commitment with women & men around the world to end the oppression of women–which involves the exploitation of children–in all its malignant & violent forms: domestic violence; rape; prostitution; trafficking & sexual slavery; discrimination; state-sponsored violence, including mass rape & genocide; war & occupation. This is not a ceremonial day but one committed to uncompromising struggle against systemic violence–a struggle which requires collaboration between men & women if oppression will be ended.

It is also a day to remember & pay tribute to the legions of women who have always been central to social resistance against injustice & tyranny, often leading those struggles, but who have been ruthlessly written out of history, including those who organized the US ciivl rights movement of the 1960s & Black & Latina women denied their role in the women’s liberation movement of the 1960s-70s by racist or dishonest historians. Women have always led social transformation but haven’t taken or even had the time to write the history.

Many women around the world should be honored for their monumental, often unrecognized contributions to women’s liberation, human freedom & democracy: the women of the Arab uprisings in Egypt, Bahrain, Yemen, Syria; the Mayan women standing fearlessly to expose & prosecute state-sponsored genocide in Guatemala; the mothers of the forcibly disappeared from Mexico, Argentina, Sri Lanka, Kashmir, Palestine, Philippines, & so many other countries who turn their grief to political fury that will not be silenced; the Dalit & Adviasi women standing against caste oppression despite brutal violence, including sexual violence; the mothers of Bhopal who relentlessly pursue justice still denied; Rohingya women who struggle to protect their children from genocide & work to expose it from forced exile; the women of Kashmir & Palestine whose intransigence sustains Intifada against military occupation & colonialism & are not daunted that their children are accused as terrorists & “jihadist” thrill-killers.

Special tribute should be given to Mayan, Kashmiri, Burmese, Dalit, Rohingya women for testifying, documenting, exposing, educating, campaigning against sexual violence & torture as a weapon of social control & of war which victimizes millions of women & children & also male political prisoners. It is a contribution of incalculable worth to ending this monstrous crime & opposing persecution, war & occupation.

Our deepest respect & tribute to the women of the Syrian revolution who have payed such a price & been maligned in the most unspeakable & hateful ways but remain standard-bearers of the fight against autocracy.

Revolution is a come-as-you-are affair. No one from a computer terminal gets to tell women leading revolutions how to dress. Women of the Arab uprising in Yemen played a singular role, most of them fully veiled. It is seldom reported, but despite two years this month of massive bombing, hundreds of thousands of people in Yemen continue to protest. These women are protesting today outside UN offices in Sanaa, Yemen: “You keep silent while our children die.”

We should also honor male human rights activists, like those in the Jammu Kashmir Coalition of Civil Society (JKCCS) & in the campaign for Bhopal justice, for standing with us as equals in the fight for justice.

This is a day for tribute & commitment to making this world suitable for men & women to live & love in & for children to come of age in.