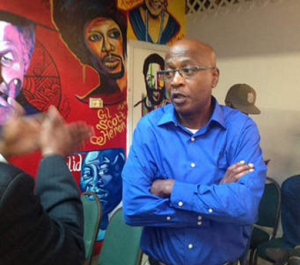 Just learned on TV that Harry Connick, Sr., father of the ever so charming singer, actor, talk show host Harry Connick, Jr., was the completely corrupt district attorney of New Orleans for 30 years. They showed that in one out of four cases, Connick, Sr.’s office intentionally withheld & destroyed evidence favorable to defendants. Many of the defendants were Black, many were death sentence cases.

One Black man named John Thompson on death row for 18 years came within weeks of execution for a murder he did not commit but was cleared of all charges on appeal with evidence that was beyond dispute & lawyers committed to his innocence. His claims for reparations from the district attorney’s office went all the way to the Supreme Court which ruled against him.

In Connick v. Thompson, the court ruled for Connick, Sr. & overturned a $14 million award by a lower court. The chilling ruling has made it near impossible for those wrongfully convicted to seek financial reparations from district attorneys who suppress evidence in egregious violation of defendant’s rights. That gives prosecutors license to continue the practice of framing up innocent defendants. How many, especially Black, Latino, Native American defendants have been executed for crimes they did not commit?

John Thompson has become a leading advocate for defendant’s rights in New Orleans. This fight for justice in the courts has only just begun.