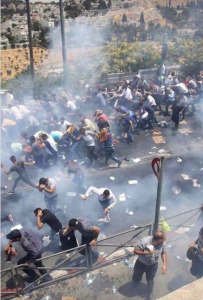 “Clash” joins the lexicon where civilian deaths are “collateral damage,” secret, paramilitary warfare is “low-intensity warfare,” & orchestrated campaigns of ethnic cleansing are “communal conflict.” Soon carpet bombing, occupation, & war will be called freedom struggles as the Assad dictatorship & Hands Off Syria Coalition claim & a US-imposed No Fly Zone will be a way to enforce peace & end carpet bombing by Syria & Russia (so the US can bomb civilians all by itself).

That’s why this is the era of post-truth truthiness & Putin, Assad, & Trump are called champions of human freedom by those moving to the right under the banner of socialism.