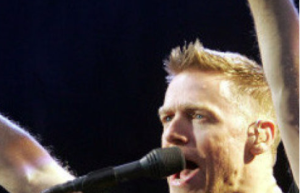 Radiohead front man Thom Yorke is an amoral meathead so when he calls the cultural boycott of Israel offensive & performs in Tel Aviv, that’s to be expected. But what do we call Bryan Adams who has scheduled two performances in Israel next December?

In August 2014 after seven weeks of Israeli carpet bombing laying waste to Gaza, Adams tweeted: “I can’t speak for others, I only speak for myself: I say the war against Gaza was a crime against humanity.” In the same thread he added: “The Israeli blockade of #Gaza just entered its 8th year, leaving its 1.7 million inhabitants destitute” & he went on to protest Israel “for murdering 2000+ people…541 kids” in Gaza.

A few weeks earlier he tweeted to protest then Canadian prime minister Stephen Harper’s support for Israel: “Still waiting for the Canadian PM to denounce Israel’s disgraceful war against Gaza.” & “The UK PM is sending 20M in aid to #Gaza. Where is Canada’s support for the Palestinian people? #gazachildren.”

Three years later, with Gaza on the point of collapse, Adams announced two performances in Israel, one in Jerusalem where Israeli soldiers have been laying siege to the Al Aqsa compound & one in Tel Aviv which is close enough to Gaza that it will provide the sound track to ethnic cleansing of Palestinians. Appropriate epithets to describe Adams fail. Meathead doesn’t cut it. Neither does contemptible. What can possibly suffice to describe a man who knows what Israel is doing in Gaza & the West Bank & chooses to cash in on it? Even dirtball falls shy.

Support the cultural boycott of Israel in defense of Palestinians.

(Photo is the dirtball Adams)