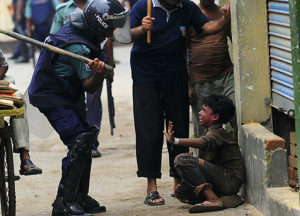 This photo is from a 2010 garment workers’ strike in Dhaka, Bangladesh. The boy is a striking sweatshop worker. A second photo shows him being kicked while on the ground. Why should Rohingya refugees entrust unaccompanied children, already traumatized by losing parents in the genocide, to the care of a government which allows child labor & assaults them when they strike for their rights? 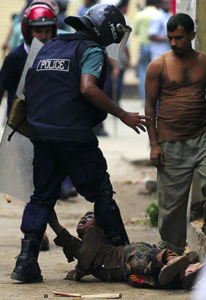 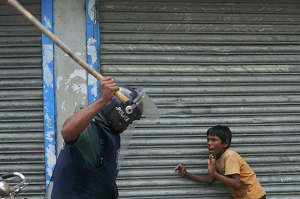 Another small boy among striking garment workers being assaulted by police.