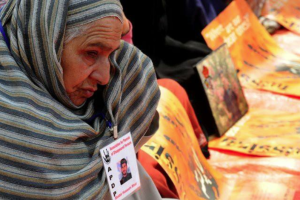 Kashmiri activists, including Parveena Ahangar, Khurram Parvez, Parvez Imroz, have given international leadership to the issue of forcible disappearance which is used by many governments around the world to silence & demoralize political activists. It is one of the most extreme & monstrous political weapons used to silence dissent & punish family members & other civilians.

Stand with Kashmiris in opposing this despicable human rights crime.