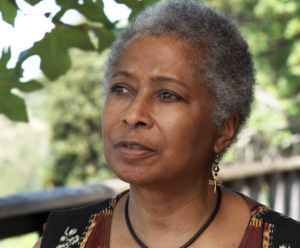 Am still seeing posts lauding the writer Alice Walker for supporting the Palestinian struggle. Since she publicly associates & defends her commitment to the worldview of David Icke, she should not be regarded as an ally but as persona non grata.

Icke believes reptilian Jewish bankers run the world. His is the obscurantist rendition of fascist ideology & in its essence does not differ from Adolph Hitler, David Duke, or the Hands Off Syria Coalition led by Eva Bartlett.