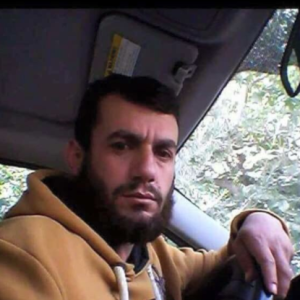 We’re heard from the first Assad official to speak out on the suicide bombing of the civilian bus convoy near Aleppo. Fares Shehabi, the Syrian parliamentarian from Aleppo, reared up on his hind legs to denounce the White Helmets for helping in the rescue operation. He berated them on social media for rescuing children for publicity & said “after the bus massacre, WH showed up!” Actually they were there as part of the forced relocation & population swap engineered so regrettably by the Assad regime. The hapless Assadist of Aleppo either knows less than the Syrian Observatory for Human Rights in Coventry or he’s lying again. Or both. And btw, where was our man Fares during the rescue operation?

Just hours after the suicide bombing, Shehabi posted this photo on Twitter saying this guy “is the “moderate” suicide rebel who bombed the civilian buses.” Well we’re wondering, since Shehabi is the Assad official for Aleppo, what he knew & when he knew it about this alleged suicide bomber? If they knew he was a terrorist & what he looked like, why didn’t they stop him & arrest him when he approached the civilians in a delivery van? Presumably this photo wasn’t taken after he blew himself to smithereens–though such a claim would not be beyond Assadists. Did they think a terrorist would be delivering candy to children?