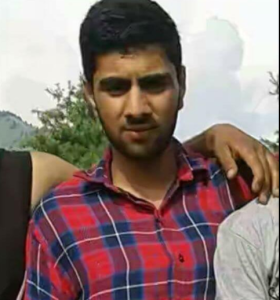 This is 19-year-old Adil Farooq Magray, killed by a bullet from the Indian occupying army yesterday in the Shopian district of south Kashmir during an army siege of his village.

Thousands attended his funeral prayers which had to be held in three rounds to accommodate all the mourners. May he Rest In Peace for hundreds will replace him. Intifada remains strong.