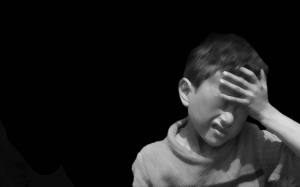 Reposting this again by Mir Laieeq because it such a moving, beautiful, & powerful statement:

“indian state despite its grave, unspeakable crimes against us, has not been able to kill our humanity, it has failed to make hatred the defining virtue of our struggle, despite its beastly behaviour we have not turned into beasts, instead we have retained our dignity and ethical fabric, despite being victims of an atrocious war imposed upon us we have maintained our moral compass, the humanitarian gestures like rescuing occupying soldiers even when most of them have been acting like savages is a reflection of who we are and what we aspire to be! In all this lies the biggest defeat of this oppressive state and our greatest victory, it also gives us hope that a free kashmir will not be built upon pathological hatred of the other, but upon the ideals of human fraternity, dignity and brotherhood. Kashmir today even in one of her most painful times has a lot of lessons to offer to Indians and world at large: we are willing to sacrifice our lives to achieve freedom but we won’t lose our morality in the process, we refuse to slip into savagery and hatred despite the cruelest provocations like killing and blinding of our children. As for us, Azaadi is not a mere destination but a means towards a more humane, just and ethical society.”

Image is digital work by Masood Hussain about the trauma of occupation on children.