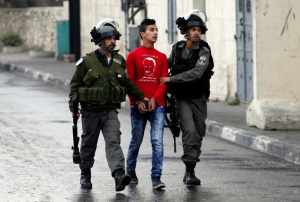 Many people apparently don’t realize that if you support the moribund two-state solution in Palestine, i.e., the bantustate solution of the Oslo Accords, you thereby legitimize the racist, colonial ideology of Zionism & existence of a Jewish-only state. There’s no way that doesn’t make you a Zionist according to the definition even if you abhor the racism. It puts one in a politically untenable position because racism is the essence of Zionism. It’s another situation where you just can’t have it both ways.

Many take that contradictory position because they’re concerned about the fate of Jewish Israelis. The proposal for a democratic secular state where Jews live in harmony with Palestinians more than accounts for that concern. Israeli youth were born in Israel & it would be barbaric to simply deport them elsewhere. (Although deportation back home doesn’t seem unreasonable for recent settlers who are violent & psychotic supremacists & would be unable to live in harmony & equality with anyone.)

The proposal for a democratic secular state shows the political spirit & willingness of Palestinians to solve the problems created by Zionist colonialism rather than extract revenge for now 69 years of apartheid & barbaric violence.

Many also support the bantustate solution because they are reactionary & fundamentally racist, even those who think they’re socialists. The way you tell the difference between the misguided & the racist is the latter’s refusal to analyze or criticize Israeli apartheid & ethnic cleansing & their reduction of Palestinian resistance to terrorism. They fixate on Hamas–although they couldn’t tell you one damn thing about the politics or history of Hamas or any other group in the Palestinian struggle.

Too many people are convinced Jews & Palestinians could never live together. Those skeptics need to study Black Reconstruction in the US after the end of slavery along with the history following the US Civil Rights Movement to see the transformative power of justice. Things didn’t regress politically for Blacks because those struggles didn’t work but because of massive repression & violence used against them. A revolution will be required to sustain justice.

No one says a democratic secular state will be easy to achieve–it will take a revolution against Zionism & neoliberalism–but the alternative is continued apartheid & ethnic cleansing. That’s only acceptable to Zionists whose ideology has proven a scourge to the human race.

This photo of Israeli occupying forces arresting a Palestinian protester in Bethlehem a few weeks ago shows the political character of Zionism. The Palestinian proposal for a democratic secular state would put all this behind in the interests of justice.

For a democratic secular state in Palestine, build the economic & cultural boycott of Israel & demand no aid of any kind to Israel.