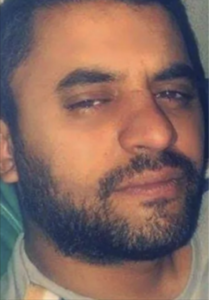 In Beziers, France, a 33-year-old homeless Muslim man named Mohamed Gabsi died in April when police officers used heavy-handed methods to enforce the corona quarantine. Being homeless, he was out during the lockdown. Mohamed suffocated & went into cardiac arrest after a police officer sat on his back during the entire trip to the police station. On a video, he can be heard protesting in the same way as George Floyd.
Riots erupted in Paris at the heavy-handed methods police use against minorities to enforce the quarantine. Police responded with tear gas during a pandemic.
The officers are still free!
May Mohamed Rest In Peace.
#JusticeForMohamedGabsi #JusticeForGeorgeFloyd
(Photo is Mohamed Gabsi)