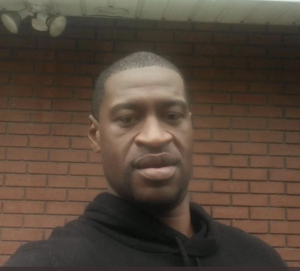 In an incident reminiscent of the chokehold killing of Eric Garner by police in NYC, 46-year-old George Floyd was assaulted by a Minneapolis police officer during an arrest, held down on the ground for several minutes whilst handcuffed & with a knee on his neck whilst witnesses pleaded with the officers to let him up, & was choked to death. There is no indication George Floyd was involved in a crime, but even if he was, excessive force & brutality against an unarmed man are illegal.
As an aside, the Minneapolis Black community newspaper published articles by me in 2007 about police violence against Black youth. At the time, my carefully researched articles of several years blaming police for violence in the Black community were considered off the wall & were widely mocked by liberals & radicals. The prevailing view which I challenged was that Black youth were lawless & violent & involved in narco-terrorism. It was the same kind of propaganda used to justify violence against Palestinians. The articles enflamed the police chiefs of Minneapolis & St. Paul who came on a radio show to denounce them. Under pressure, the newspaper pulled my articles from the internet archives. The Black Lives Matter movement has proven beyond any doubt that the Black community is under martial law siege & its boys & young men endangered by police violence sanctioned at the highest levels of government.
May George Floyd Rest In Peace.