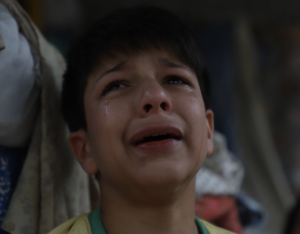 Indian media is reporting the Indian Army shoot up last night in the Nawakadal district of Srinagar as an operation against terrorists who they heard were hiding there. It was a joint operation between the J&K police & CRPF special forces who are boasting about it on Twitter. The operation was launched at 2 am this morning & the heavy artillery continued for several hours. The authorities snapped the internet & mobile phones ‘as a precautionary measure’. Precautionary of what? There’s a problem with the story which is how two militants could sustain heavy fighting for several hours against the combined force of police & special forces. Who was doing all the shooting?
There hasn’t been a recent assessment but in 2016 human rights leader Khurram Parvez estimated the number of armed militants in Kashmir at 150. The Indian Army has been on a rampage of almost daily hunt to kill operations since then & boasting of its kill rate. Unless they’re proliferating by dozens a day, there can’t be that many armed militants left to corner & kill. That would suggest that armed militants are not really the target of these operations so much as the terrorization & brutalization of Kashmiri civilians. That’s why these operations raze homes, kill livestock, vandalize property, injure & kill civilian protesters.
Plebiscite4Kashmir tweeted this photo identifying this little boy as inconsolable watching his family home burnt to the ground during the Nawakadal operation this morning. In all their boasting about killing the two militants, the J&K police & Indian special forces neglect to mention that their fight against so-called terrorism is really terrorism itself. In the midst of a deadly pandemic with mandated quarantine, this child, his sisters, & parents are left homeless.
Stand with Kashmiris & demand the immediate, unconditional withdrawal of all Indian forces from Kashmir.
(Photo by Bhat Burhan, posted May 19, 2020)