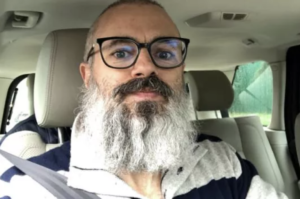 After 232 days in a luxury suite gulag, former J&K chief minister Omar Abdullah was released today. In his first statement, he asked the Indian government to restore 4G internet so Kashmiris could be informed about coronavirus protocols, asked India to release other political prisoners, & expressed sympathy with the ordeal caused Kashmiris by the lockdown. It’s all street theater & political melodrama since Abdullah is the chief minister responsible for introducing pellet guns in Kashmir against unarmed protesters; he’s responsible for the execution of many young boys, the incarceration, torture, forced disappearance of thousands.

India has no rights in Kashmir to arrest anyone, including corrupt collaborators like Abdullah. But he is owed no respect whatsoever as a political prisoner. As one Kashmiri tweeted after the announcement of his release, “One virus at a time. Please.”