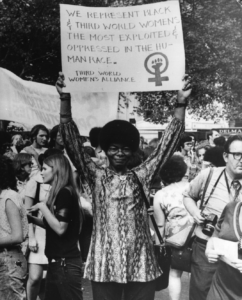 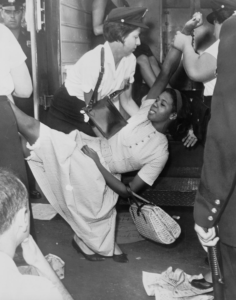 Time magazine recently published ‘100 Women of the Year: the leaders, innovators, activists, entertainers, athletes & artists who defined a century’, a time period from 1920 to 2020. It began in 1920 with the suffragist movement & went on to include genocidaires like Aung Sun Suu Kyi, Gold Meir, Madeleine Albright, eugenicists like Indira Gandhi, & irrelevant figures like Wallis Simpson. The list had no apparent political agenda since in that regard it was all over the place. But of course, conservative & rightwing women are more likely to be recognized in media & with honorifics than rebels & reformers.

The glaring omissions in this list expose a political agenda. The most obvious being that Rosa Parks is not cited by name but is included under the 1955 listing of ‘The Bus Riders’. Using the same methodology, Madeleine Albright & Hillary Clinton should be identified as ‘The War Criminals’ & Aung Sun Suu Kyi & Golda Meir as ‘The Genocidaires’. Although women played a prominent role in the US Civil Rights Movement, that movement is not cited nor their monumental contributions noted.

Just as glaring in its absence is any mention of the women’s movement of the 1960s & 1970s which changed the landscape of politics around the world. Sticking the conservative Gloria Steinem in the list does not compensate for that omission. What the list does do is include swipes at the women’s movement based on media misrepresentations of the movement as a white, middle-class movement. The purpose of the media deceits was to alienate Black, Latina, & working class women from the movement. It is not entirely the fault of later feminists who in an unscholarly way drew their history from media lies but also because feminism has not written its own history though it has left a considerable library of writings. The most pernicious aspect of the deceits is that Chicana & Black women have been written out of feminist history completely when the largest conferences of feminists were by those women: 5,000 Chicana feminists in Houston & 4,000 Black feminists in Denver. It also excludes the international character of the women’s movement where women from Asia, Africa, the Middle East, Latin America were key components & made considerable theoretical contributions. This outrageous lie has created conflict among feminists that obstructs rebuilding the movement today.

Feminism of the 1960s & 70s is maligned whilst it challenged & overcame employment restrictions for working class, Black & Latina women, opened access for women to the professions, examined human sexuality, won reproductive rights, exposed the realities of child sexual abuse & exploitation, changed the treatment of rape victims by police, hospitals, & the courts, aligned the women’s movement with the anti-Vietnam War movement & Civil Rights movement, helped overcome the isolation & estrangement of women from each other.

If feminists around the world were to draw up a list of the 100 most important women of the last 100 years, our list would not be so Eurocentric or politically repugnant as Time’s list but would include Palestinian, Kashmiri, Native American, Black, Latina, Uyghur, & Rohingya freedom fighters; the women of the Egyptian, Bahraini, Yemeni, & Syrian Arab Spring uprisings; women human rights activists in the Philippines; the women of the anti-apartheid struggle in South Africa; women trade union organizers; the mothers of the forcibly disappeared in countries around the world who organize protests against this odious practice & women activists who highlight the use of rape as a weapon of war; refugee women seeking a better life for their children. We know where our priorities lie in the struggle for women’s liberation.

Photo on left is from the first women’s liberation march in NYC on August 26th, 1970. Photo on right is a civil rights activist in Brooklyn, NY, circa 1963.