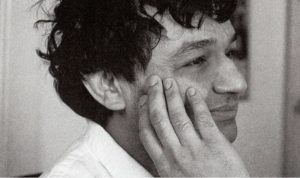 Lately, I’ve been reading the biography & poetry of Kashmiri-American Agha Shahid Ali who was raised & educated in Kashmir, came to the US at the age of 27 for further study, & taught here until he died in 2001 from brain cancer at the age of 52. Indian author Manan Kapoor wrote a tribute to Shahid where he described the highly-educated & cultured Agha family & said that Shahid’s “upbringing was absolutely secular”. That stuck out like a sore thumb in the eulogy. What exactly does being ‘secular’ mean? That one is an atheist? That one no longer practices a faith? That he’s a cool guy who won’t blush when you tell him an erotic joke? That he’s a party animal who likes to dance & swill beer with the best of them or that he’d fit right in at a Fifth Avenue cocktail party? When TS Eliot moved from the US to the UK, did anyone write that his upbringing was ‘absolutely secular’? Did anyone even give a damn what Eliot’s religious affiliations were or how absolutely he did or did not adhere to them? Why didn’t he have to prove his bona fides as a cool & secular guy?

Let’s be honest. It’s what you say about sophisticated people who come from Muslim societies to distinguish them from the rabid fundamentalism that Islamophobia ascribes to those societies. Tacitly, it means he came from a Muslim society but he’s no plebeian bluenose. He’s sophisticated & cool, certainly doesn’t read & probably doesn’t believe that Quran stuff nor go to Friday prayers. It’s a way to make Islam seem stodgy & stifling & suggests that religious Muslims are doctrinaire & unreasonable. It’s the notion that you cannot be a Muslim & a reasonable person too.

If we want to talk about secularism & fundamentalism, there’s a whole lot more to learn, especially about hypocrisy, from studying televangelists & their followers in the US than there is from studying poets from Kashmir.