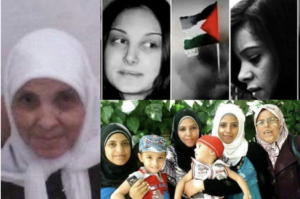 The defeat of the Syrian Arab Spring will have profound consequences for the Palestinian struggle, not the least of which is the repugnant association of pro-Palestinian advocates with Assadism & Stalinism.

(Collage of Palestinian women in Syria from AGPS)