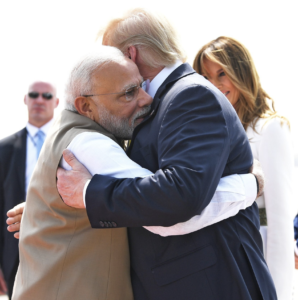 So it isn’t about a Modi/Trump bromance but the military nexus between the US & India that is at stake. Speaking to a stadium of Hindutva supporters in India, Trump said:

“The United States & India are also firmly united in our ironclad resolve to defend our citizens from the threat of radical Islamic terrorism.”

The real issue is not Islamic terrorism but US & Indian military terrorism under the guise of the ‘war on terror’. As Trump & Modi recommit to targeting Muslims, we must recommit to organizing a massive popular movement to counter them to defend Muslims & oppose war, occupation, genocide.