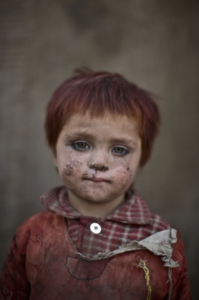 Yesterday, the US & Afghan Taliban signed a temporary truce, ‘setting the stage for a peace deal next week aimed at ending the over 18-year war & bringing US troops home’. File that under ‘fat chance’. Or better yet, ask the Iraqis what they think about US announcements of withdrawal. Remember the last time the US announced it was withdrawing from Afghanistan? Or the several times it announced withdrawal from Iraq?

In rereading “Taliban” by Pakistani journalist Ahmed Rashid, it’s clear how important Afghanistan is in international politics for the US-NATO coalition, Russia, Pakistan, Iran, the Saudis, & others. It isn’t just some podunk backwater from which the US-NATO were trying to rout Osama Bin Laden or ‘save’ Muslim women, as it claimed. Bin Laden has been dead for several years now, killed in Pakistan, & Muslim women are not ‘saved’ by bombing their homes, schools, mosques, fields, or by that single nail salon in downtown Kabul.

US-NATO forces are unlikely to withdraw from Afghanistan without a massive, international antiwar movement but will continue to occupy, imprison, torture, & bomb in Afghanistan as they do in Iraq. As problematic as the Taliban are, the political leadership of their country is up to the Afghan people to resolve, not for US-NATO bombers to negotiate. A principled international antiwar movement must be rebuilt to demand the immediate, unconditional withdrawal of US-NATO forces & mercenaries from Afghanistan.

This photo of an Afghan refugee child in Pakistan was taken by Muhammed Muheisen in 2014. This little girl is now nearly a teenager, born & come of age as a refugee. Meanwhile, Europe & the US refuse to accept Afghans for asylum.

US-NATO out of Afghanistan!