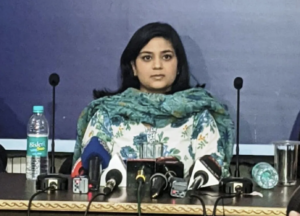 Since I mistrust her politically, I have chosen not to post the many pronouncements of Iltija Mufti who has a very active social media presence demanding her mother Mehbooba Mufti be released from detention in Kashmir. The Indian government does not have the right to lock up Mehbooba Mufti or any other Kashmiri. It is for Kashmiris to charge & prosecute Mufti for her human rights crimes against them & their children. But my skepticism about Iltija is confirmed by her statement: “I respect Prime Minister Modi. But I don’t know if he is being misled or he is misleading the country intentionally.” Other than collaborators & the pathologically naive, are there any other Kashmiris who would express respect for Modi & suggest he is not one of the chief architects of the lockdown, genocide, & expropriation of Kashmir?