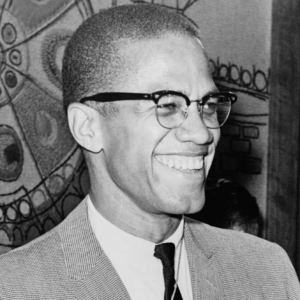 Netflix is running a six-part documentary titled “Who Killed Malcolm X” based on a 20-year investigation by Black Muslim Abdur-Rahman Muhammad who was only 3-years-old when Malcolm was assassinated on February 21st, 1965. Abdur-Rahman is not being given his due in reviews of this series but it is entirely his tireless & fearless work which is the basis of this series now pressuring the NYPD to reopen the investigation into the murder of Malcolm.

Three Black men were arrested & sent to jail for the assassination. Talmadge X Hayer, who was captured at the site, admitted his guilt in the conspiracy; the other two men were framed & not even present in the Audubon Ballroom in Harlem. Hayer testified to their innocence but did not name his four other conspirators (all from Newark) until a 1977 affidavit filed by attorney William Kunstler. All of the four have since died but William X. Bradley, the man who fired the fatal sawed-off shotgun pellets which killed Malcolm, was allowed to run free in Newark for nearly 54 years & became a prominent community activist until his death in October 2018.

The documentary covers Malcolm’s relationship to the Nation of Islam (NOI) from 1953 to 1964 when he was suspended by Elijah Muhammad, his break with Elijah Muhammad over politics & corruption within the NOI, the cult-like character of the NOI, Malcolm’s political transformation after his 1964 Hajj to Mecca.

George Breitman was a socialist writer about the Black struggle in America & a supporter of Malcolm X who wrote the 1967 book “Last Year of Malcolm X: Evolution of a Revolutionary”, the 1976 book “The Assassination of Malcolm X”, & edited the speeches of Malcolm in “Malcolm X Speaks”. He alleged an undercover role of the NYPD & the FBI in the assassination. That was what many Black activists believed at the time. Abdur-Rahman’s investigation bears those allegations out with documentation about constant surveillance & wiretapping of the NOI & Malcolm X by the NYPD & FBI ; documentation that there were 9 FBI informants present who witnessed the assassination; evidence that Malcolm X’s closest associate & bodyguard who was supposed to be guarding him during his speech was in fact an undercover operative for the NYPD. Abdur-Rahman poses the question of the relationship of assassin William X Bradley to the FBI & suggests that the NOI members who assassinated Malcolm out of cult-like adherence to Elijah Muhammad worked in collaboration with the FBI.

Malcolm X was one of the most important freedom fighters in human history, not just American history, because he was fearless & uncompromising in his commitment to Black freedom. Getting to the bottom of who killed him matters to those who respect his immense contributions & historic truth. If New York authorities reopen the case, it is likely they will attempt to contain it by exonerating the two men who were framed, only one of whom is still alive & in his 80s. A thorough investigation of the four assassins, especially William X Bradley, might lead directly to the FBI & NYPD & that is not something the authorities are willing to risk. But Malcolm’s assassination caused terrible lifelong suffering & tragedy for his wife Betty Shabazz & their six daughters as well as for those men framed & imprisoned. Justice must be served.