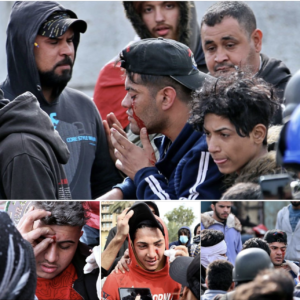 Judging by these photos, they don’t appear to be loaded with buckshot like those used by India in Kashmir which leave Kashmiri young people riddled with pellets. But they are also targeting the eyes in Iraq, just as the Indian Army in Kashmir, & with the same intention of permanently blinding & disabling young protesters. Pellets were introduced into Kashmir under chief minister Omar Abdullah in 2010 & were used against Bahraini Arab Spring protesters in 2011 & now in Iraq. What began in Kashmir will become standard policing procedure against protesters if we do not now publicly denounce the use of pellet guns & demand they be banned under international law.