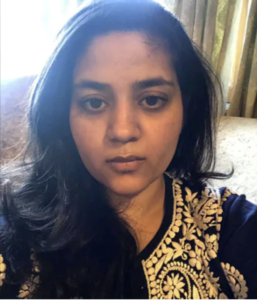 Iltija Mufti, the daughter of Kashmiri politician & collaborator Mehbooba Mufti, claims she’s under house arrest in Kashmir. She has been managing her mother’s Twitter account while her mother is in a posh hotel suite playing political prisoner. We don’t operate by the same ethos as the oppressors. We’re against house arrest & detainment in swank hotels even though they don’t compare to India’s gulag where thousands of Kashmiri political prisoners, including little kids, are housed with dangerous criminals. We are however not opposed to Mehbooba Mufti being charged & prosecuted in a court of law for her crimes against the people of Kashmir.

The house arrest & posh hotel things are a dog & pony show to resurrect the images of these corrupt politicians who played a central part in the use of pellet guns against unarmed protesters, mass rape as a weapon of war, forcible disappearances, torture, incarceration of political activists. Too bad for Iltija Mufti but for now she can get one of her servants to run her errands. She will become credible as a dissident only when she makes an honest accounting of the crimes committed by her mother & other shysters like Omar Abdullah in the repression of Kashmiri resistance.